A breakthrough in mental health

We bring patients psychedelic inspired medicines and experiential therapies that help them tap into the mind's own healing capabilities. 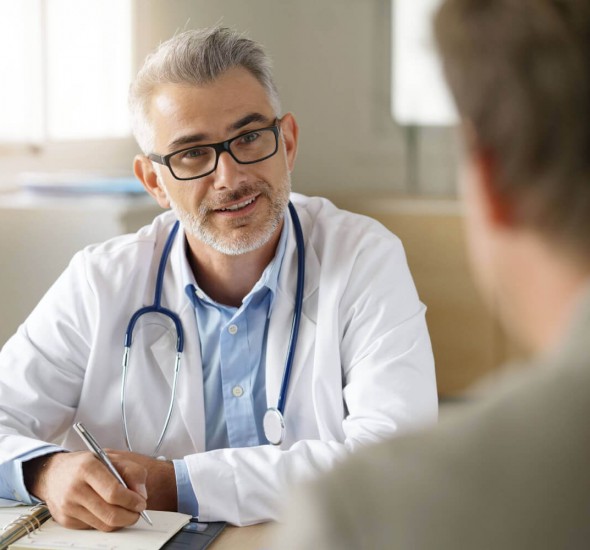 Mental illness and addiction can be solved using a novel approach

We are new type of pharma company focused on overall patient health.

Mental health and addiction is a growing problem for people around the world and we are working on a novel solutions.

For the 300 million people around the globe suffering from a major depressive disorder (MDD), the prescription of antidepressant medication is, in the majority of cases, the first line of therapy.

The global antidepressant drug market was valued at $13.7 billion in 2016 and is projected to grow to $15.9 billion by 2023. This is a compound annual growth rate (CAGR) of 2.1% from 2017-2023. These figures include treatments for MDD, obsessive-compulsive disorder and anxiety.

One hundred million of those diagnosed with MDD are said to suffer from treatment-resistant depression (TRD). This accounts for approximately 33% of MDD cases. An individual is diagnosed with TRD after they are observed to have failed to sufficiently respond to a course of antidepressants within a specified period.

According to a study published in the Journal of Clinical Psychiatry, TRD costs employers upwards of $48 billion each year in the US alone. This cost is a result of direct increases in health care costs for the employer and both a decrease in productivity/increase in absenteeism of employees who suffer from TRD.

It is also worth noting that psilocybin has demonstrated therapeutic benefit in obsessive-compulsive disorder (OCD). At present, no OCD-specific drug class exists to combat the symptoms of the condition. Clinicians instead rely on antidepressants as their pharmacological weapon. OCD has a lifetime prevalence of 2.3% in adults in the US. 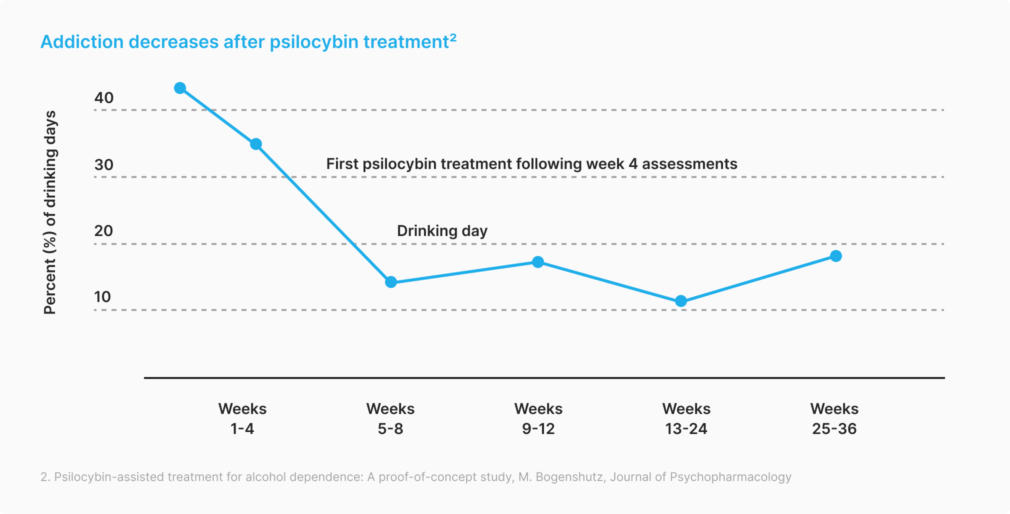 The potential for psilocybin products extends beyond just competition with anti-depressant drugs for market share. Other conditions in which psilocybin has demonstrated therapeutic benefit include easing existential anxiety in those with terminal diseases and alcoholism. Alcohol dependence places third in the list of preventable deaths in the US, costing the country $249 billion in 2010.12 Pharmacological interventions exist for alcoholism (e.g. disulfiram). However, epidemiological meta-analyses have shown that these treatments have low remission rates. 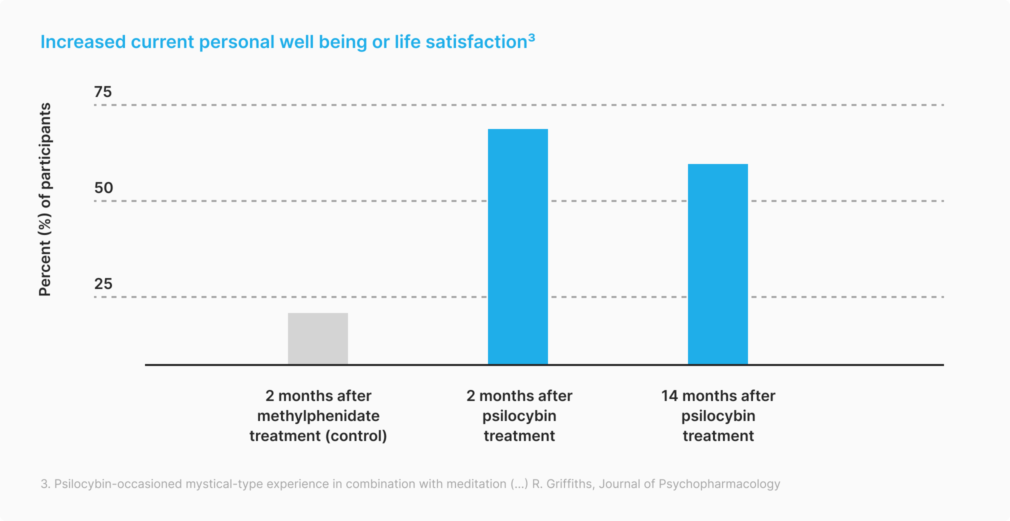 Although difficult to source revenue data specific to the future of the psilocybin market, one could conclude that any drug with the potential to address a $48 billion cost to employers due to TRD and $249 billion alcohol associated cost to society, also has the potential to make a momentous impact in the marketplace.

If the legal barriers associated with medical research using psilocybin are lifted in the near future, it will allow for further investigation into the therapeutic potential of the compound, perhaps expanding the use of psychedelic therapy to other affective disorders.

Our Healing Goes further than a trip to the clinic

Discover
Research into novel psychedelic compounds, therapies, treatments and delivery methods combined with partnerships with leading companies and institutions result in rapid developments in this field.
Develop
Rigorous testing and clinical trials of psychedelic compounds, processes and treatment plans that meet the current regulatory standards provide patients with the safest and most effective solutions.
Deploy
Our outputs are held to the highest standards of quality and safety, to ensure that psychedelic treatments can be used for all patients who need it in the future.

Dr. Hancock a world-leading microbiologist and has researched and taught at the University of British Columbia for nearly 40 years.

He has published more than 670 papers and reviews, is an ISI highly cited author in Microbiology with more than 63,000 citations and an h-index of 134, and has 55 patents awarded.

Hancock has trained to date 140 Graduate Students and Postdoctoral Fellows and won the Killam Prize for excellence in Mentoring in 2010. Those trainees who graduated are currently employed in a variety of positions covering a gamut from academia to industry to government laboratories.

In recognition of his work, Dr. Hancock has received numerous awards and honours including: the Prix Galien (Highest Award for Canadian Pharmaceutical Research and Innovation), the Killam Prize (Canada Council’s prize for Health Research), Michael Smith CIHR Researcher of the Year, the ICAAC Aventis Antimicrobial Research Award (Leading award worldwide for antimicrobial research) and in 2001 he was inducted as an Officer of the Order of Canada (Canada’s second highest honour).

He is the co-founder of Migenix, Inimex Pharmaceuticals, ABT Innovations, Sepset and the Centre for Drug Research and Development.

Mr. Shacker has worked extensively in the cannabis and finance space over the last 7 years. During his time as the CEO of Thoughtful Brands Inc, a vertically integrated ecommerce cannabis company, Mr.Shacker led the company from a non revenue generating entity, to one that generates over $30,000,000 per year. He has overseen operations across North America, Europe, Central America and South America. Mr. Shacker has been on the board of numerous public companies which have collectively raised over $50,000,000. His expertise in the emerging medical cannabis market, coupled with his business acumen to implement successful growth strategies, has allowed him to become one of the top young CEO’s in the public markets. He has acquired and integrated over 20 different assets across multiple industries, resulting in over $150,000,000 in acquisitions over his career.

Dr. Burian is a successful biochemist and molecular biologist with extensive knowledge in operations, scale-up of fermentative API-production, research and development. He has numerous academic publications to his name. He previously held a site directorship with Pfizer.

Mr. Hoggan brings more than eighteen years of leadership, global business development and entrepreneurship experience in the health equipment, medical devices and natural health product sectors. Mr. Hoggan holds a Bachelor of Business Administration (BBA) from Westminster College, a Master of Business Administration (MBA) from the University of Arizona and a Master of Global Management (MGM) from the Thunderbird School of Global Management at Arizona State University.